According to Indonesia Matters. Unspun‘s a humble 30 in this ranking but the top is, deservedly, dominated by Indonesian bloggers such as Priyadi (Numero Uno) and Enda (No: #3) That should put paid to some expat bloggers’ notions that Indonesians do not really know how to blog 😉 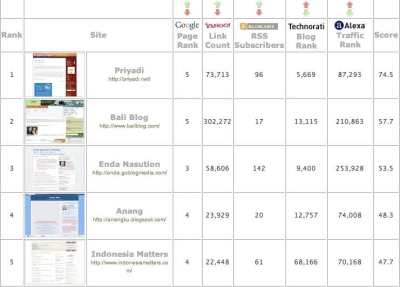