Just spend an enjoyable couple of days with Pestablogger+ Steering Committee members and the online communities of Padang organized by the local blogging group, Palanta.

The Blogshop was held at Universitas Negeri Padang and about 50 aspiring bloggers attended. In the evening we had buka puasa with Palanta members as well as the local members of the online communities at a – what else – Padang Restaurant. PB+ Chairperson Irayani Queencyputri and PB 2009 Chairman Iman Brotoseno represented the Steering Committee. Representatives from PB+2010’s main sponsor, the US Embassy and partners dagdigdug were also there.

Padang is the second of 10 cities that will hold Blogshops as a run up to Pesta Blogger+ 2010 on October 30.

Here are some photos from the Blogshop and Mini Pesta Blogger+ 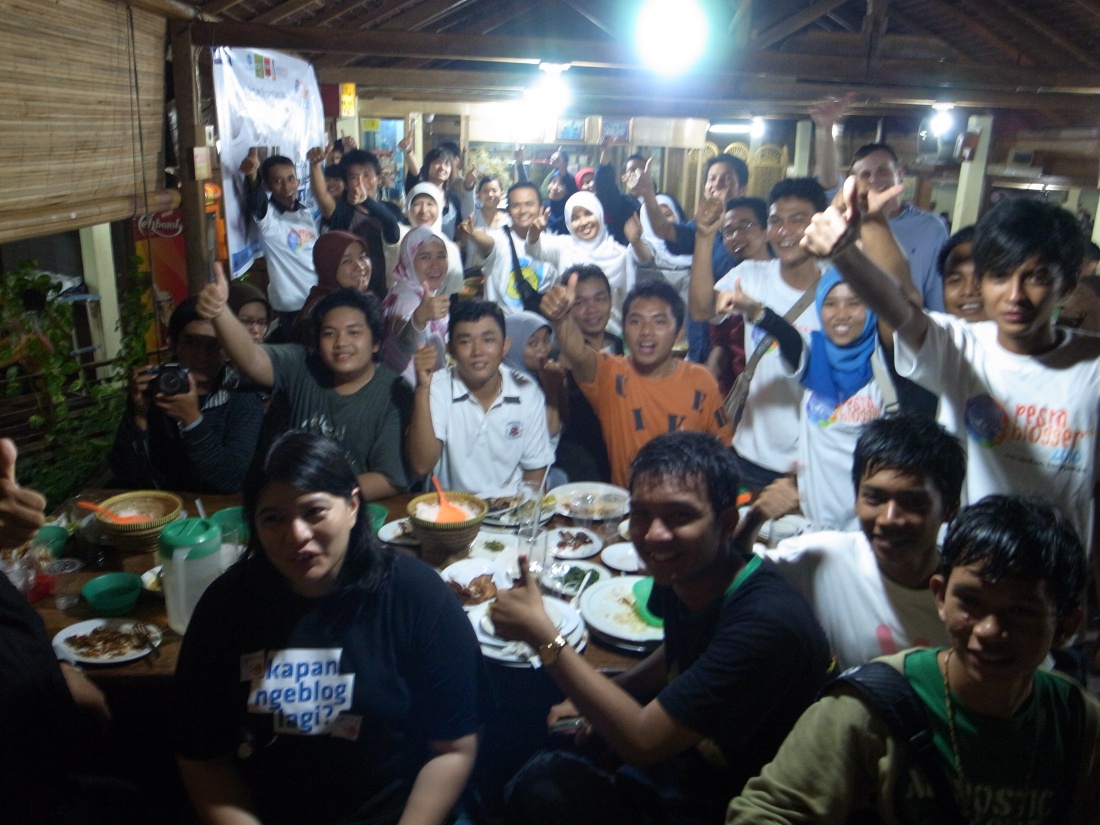 3 thoughts on “Blogshop and Mini Pesta Blogger+ in Padang”