Never look down on a dangdut star. You never know what’s beneath him.

Though it is difficult for many to conceive what could possibly be beneath Dangdut star Rhoma Irama, he of the gushing tear ducts, there is apparently plenty of j-ingo-ism to bouy his candidacy for the No.#1 job in Indonesia.

His “supporters” have apparently taken to Facebook.  In social media you never know if these supporters are genuine but hey, this is Indonesia and all things are possible (a bit like Herman Hesse’s the Theatre of the Absurd).

What’s equally possible is that these genuine supporters have come up with a very unique name with an even more unique acronym. Check out their Facebook page. 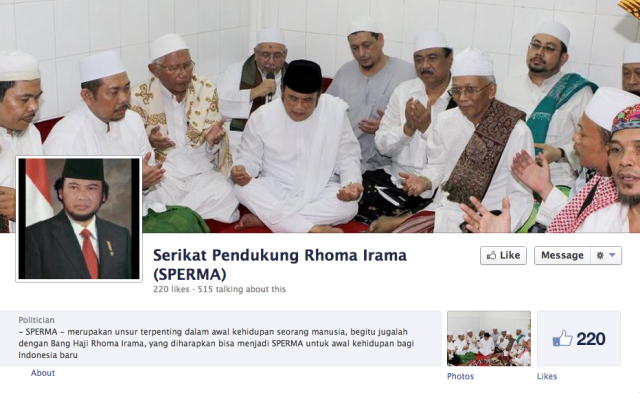 One reply to “Rhoma Irama and his spunky bid for president”