If you are family or friend of Captain Zaharie, the pilot of MH370 that went missing more than 10 days ago and feel that much of what is being said about him was unfair, careless or plain sensationalism, what would you do?

You could face the media but that would be a huge strain. The pressure would be enormous, you would be subjected to a public inquisition and a small slip of the tongue could crucify you and reflect badly on the Captain. And even if you are good with the media you could still be subject to misinterpretation and misquotes.

Yet you feel that you need to set the record straight on some matters. In the captain’s case, some media reported that authorities raided his house and confiscated his home-made simulator when apparently the facts are that they want to the house and respectfully asked if they could inspect it. Th family cooperated fully and even helped to dismantle it. It was a picture of cooperation, not of authorities busting into the defensive home of a political fanatic. 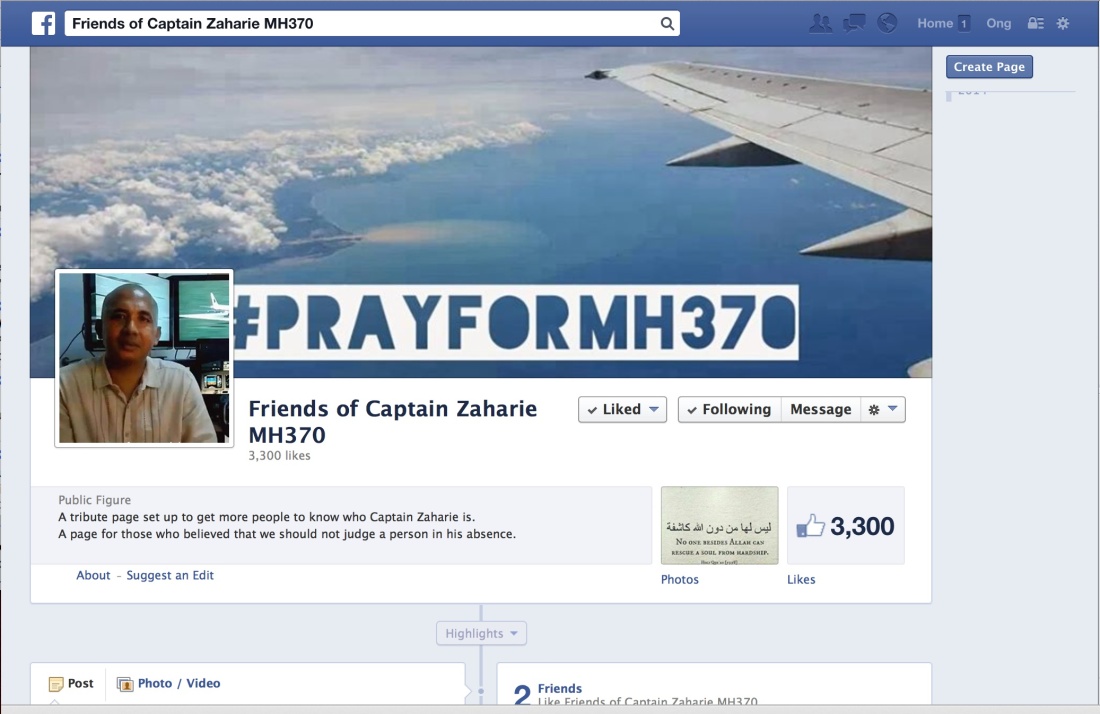 It would have been better if they had identified who exactly was hosting the page to give it more credibility but under the circumstances this was enough and they have taken to providing information and clearing the air about misreports and misinterpretations. 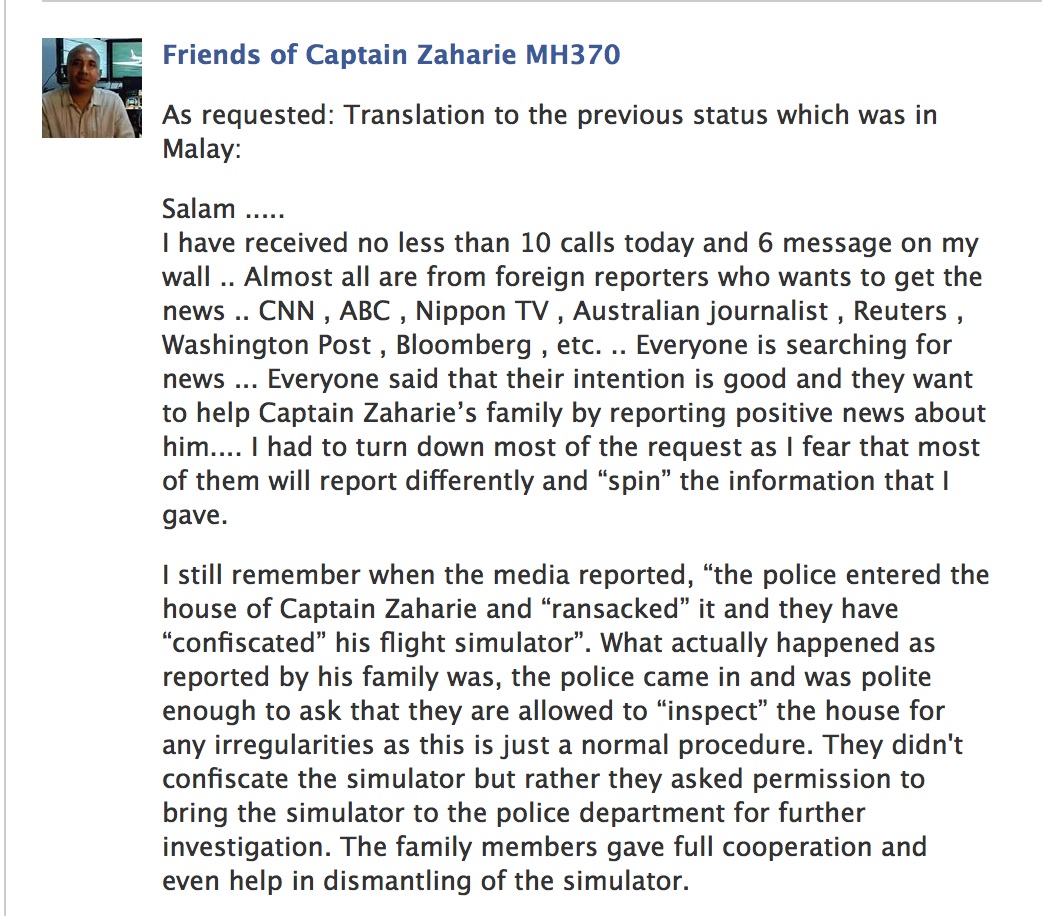 This is smart use of social media during a crisis-like situation and corporations would do well to take a leaf from the Captain’s family and friends for their own crisis moments.

And why not? The Internet now allows almost anyone to own their own media. You could, in short order, set up a blog or reconfigure your webpage, set up a Facebook page and a twitter account, or use your existing one with a particular hashtag to do what the Captain’s friends have just done.

What you can do then is post notes to inform or announce information, or correct misinformation. If you want to go further you could also post your own videoclips and even open up a “press room” where you take the media’s questions and answer them through the net. The journalists would not like this very much as it takes too much control out of them, but what choice do they have if that is the only source of timely information from you?

This is not to say that a corporation should eschew the traditional face-to-face interviews, briefings and press conferences but social media now allows you to have a medium where you too can be a broadcaster to take the monopoly of power from the mass media.

Yet this is something corporations don’t do enough when confronted with emergencies and crises.is it because bad habits are hard to break, or that they feel that they are not engaging enough unless you do things in the real rather than the virtual world?