Though he said nothing new it is nonetheless interesting to dissect Malaysian Prime Minister’s messaging strategy over the MH370.

As we all know, the Malaysian government has been roundly criticised for their handling of the search and rescue operation of MH370.

Najib’s response, in this instance by proactively offering an op-ed piece to the Wall Street Journal, is an attempt to repair the damaged reputation. 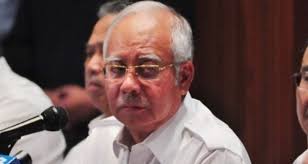 So what does he do? If you read the article carefully he does three things:

When, oh when will people realise that good Public relations is not about spin but about doing the right thing- and then communicating about it?

Nobody saw this coming, nobody knows why it happened, and nobody knows precisely where it is. That, essentially, is the story of Flight MH370—at least for now. The disappearance of the Malaysia Airlines 3786.KU -4.76% Boeing BA -1.34% 777 on March 8 has been one of the most extraordinary events ever to befall Malaysia—and one of the world’s greatest aviation mysteries.

On a routine flight between Kuala Lumpur and Beijing, moments after air-traffic controllers in Kuala Lumpur handed the flight over to their counterparts in Ho Chi Minh City, the plane’s communications systems were disabled. MH370 went dark.

Instead of heading to Beijing, the plane made a sharp turn across peninsular Malaysia, traveled north up the Straits of Malacca, made a U-turn south over the coast of Sumatra and ended in the southern Indian Ocean, half way to Antarctica. Little wonder that words commonly used to describe MH370 include “bizarre” and “unprecedented.”

Also unprecedented are the techniques used to search for the plane. In the absence of contact via normal aircraft communications, the international investigation team—which includes the world’s best aviation experts—was forced to turn to satellite “handshakes,” mathematics and sophisticated techniques never before used to find a missing aircraft. The team managed to identify where flight MH370 ended, and it has narrowed down a search area off Western Australia. Yet, despite the efforts of the world’s brightest minds and best militaries, the search area remains huge. Finding the plane will be neither quick nor easy.

To read the rest of Najib’s article click here