Our office recently went on an outing to Belitung, an island off the east coast of South Sumatra made famous by the film Laska Pelangi.

Our first stop was Tanjung Pandang Beach, a recreational stretch that had nothing remarkable except that it faced west and therefore was a place to watch the sunset.

So we did what all good Indonesian groups do, which is to take lots of group photos and selfies.

There was also the “it’s good to be Boss photo” designed to show me up as a beacon of collected calm in a sea of jumping staff members. 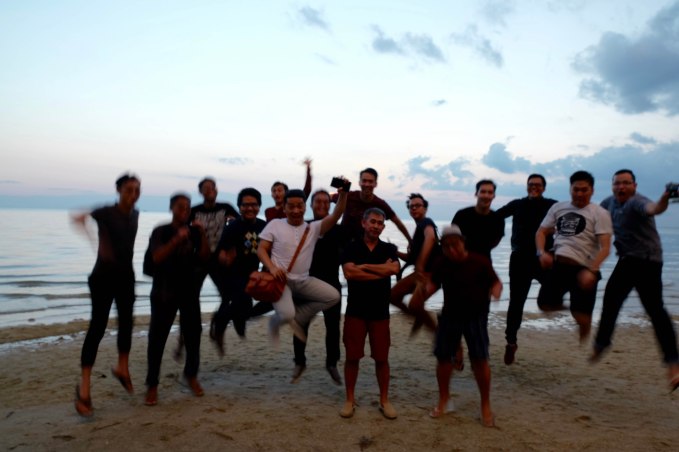 Others ventured to become amateur photographers and models for their portfolios and Instagram accounts. 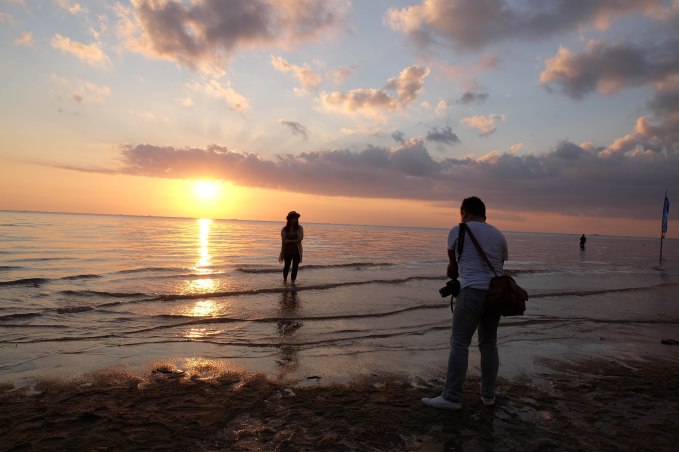 The next day was games day where we went on boats to the surrounding islands, mainly Pulau Lengkuas. They all had the characteristic of having huge rocks sitting on white sand or clear sea.

Some of them even came complete with their own spume of cloud to crown what, to the creatively minded, must be a lingam of Belitung

The island was, however, beautiful.

And studded with a lighthouse from Dutch days 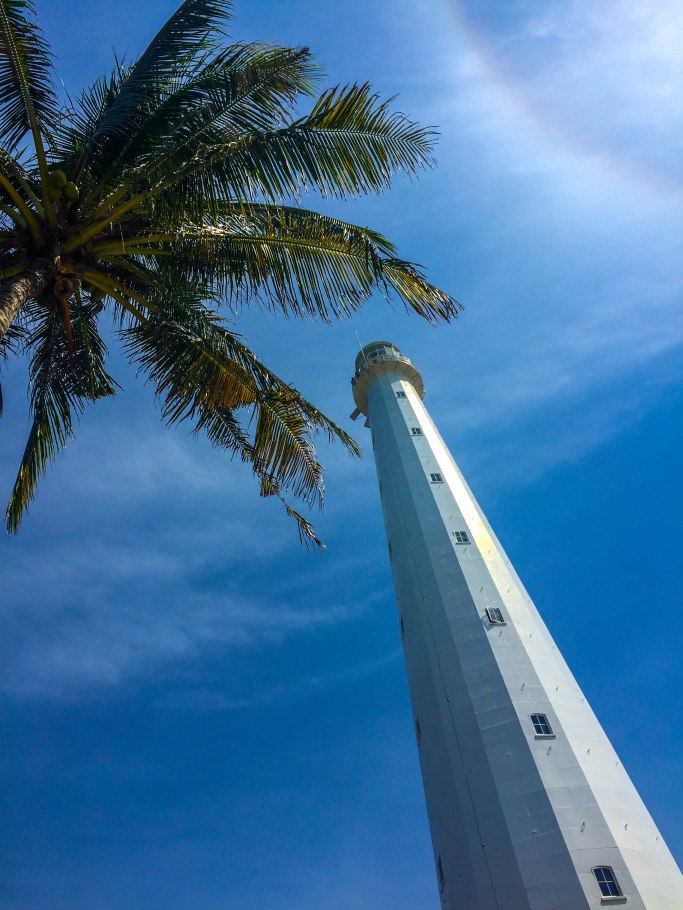 In between the games and activities we had we managed to see a bit of Belitung, which is on the surface a rather dull town with unremarkable modern buildings  that belie its rich tin-mining past.

But there are glimpses such as this old Dutch house

Or this colonial building that the neighbours couldn’t tell what it was built for.

There was also a temple, the Hock Tek Che temple near the market that hinted on the Chinese ethnic groups that coalesced around mining towns in Indonesia and Malaysia. Apparently the largest groups are the Hakkas, the Haines and the Hokkiens.

There were also a few shops, again near the market, that echoes traditional trades of the Straits Chinese like this rattan shop. 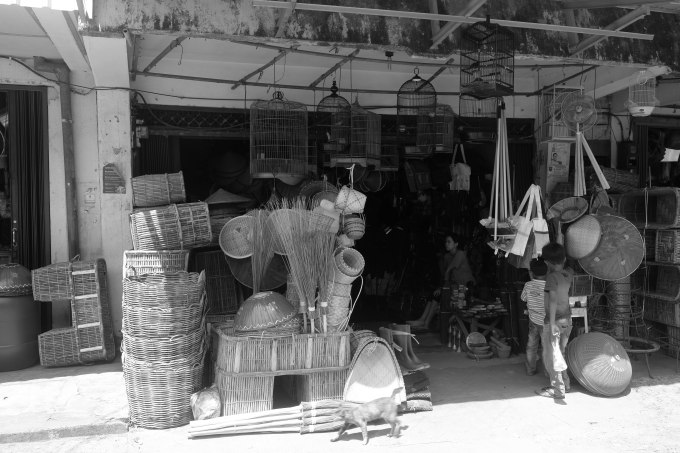 There was also little recreation in the town. No cinemas or Karaokes that we should see, a small shopping mall that you covered in 10 minutes. Much of the entertainment seemed to centre around drinking coffee at the beach and at coffee shops.

Among the coffee shops Kong Djie stands out as the  top hang out spot. There are three outlets, one by the beach, a relatively hip one near a restaurant and ole-olen complex and the original one in town.

When we were there Isyak, the sen of the founder was minding the till and occasionally making the coffee.

He’s a sport though and allowed one of our colleagues to play barista for the afternoon.

Back at our hotel, called the Bahamas Resort (why do they name one exotic tropical beach destination with another) it was time to chill out and bond as an office. We were treated to the great sunsets Belitung offers. 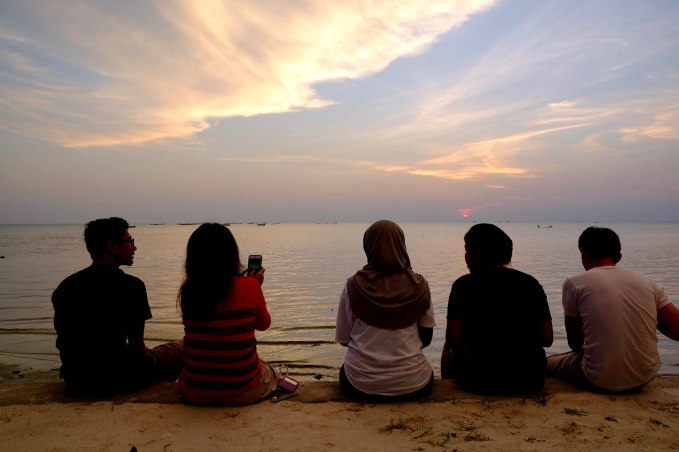 The scene changed with the tide went out.

Two other attractions that Belitung has is the Blue Lake, so called because the kaolin mined in the depleted time mine has given the water a bluish tint. 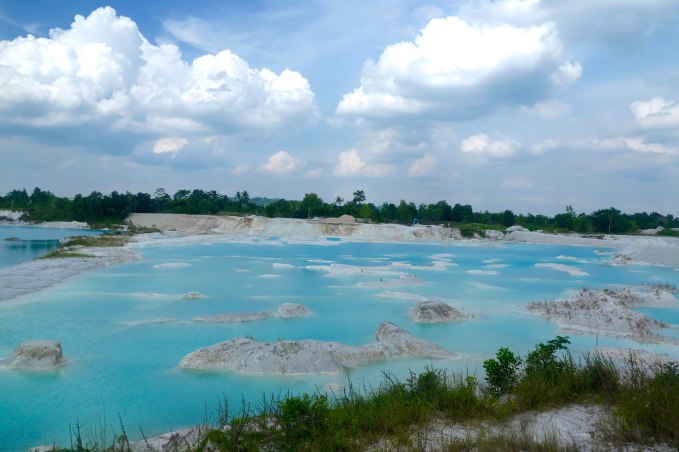 And of course, there was the famous beach (I forgot the name) where Laskar Pelangi was shot, still. clear waters punctuated by time rounded boulders.

3 thoughts on “Office trip to Belitung”