Petungkriyono is a forest reserve about three hours drive south of Pekalongan in Central Java. The distance is not that great but like many other places the road there is narrow and potholed, prolonging the journey that would take about a third of the time if it was serviced by good roads.

It’s actually adjacent to the better known Dieng Plateau, so the vegetation there is thick, the weather when we were there in July wet and fairly cool. The area is about 7,000 hectares and houses several villages. 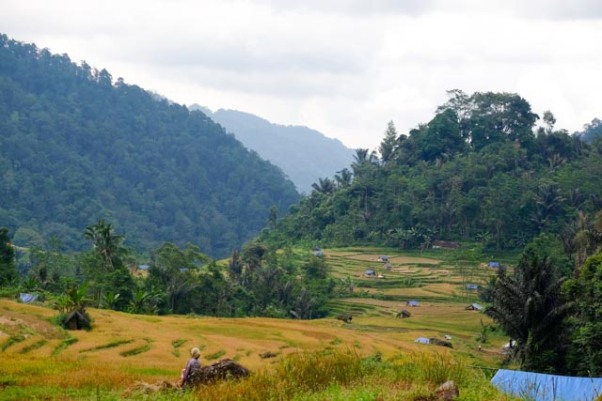 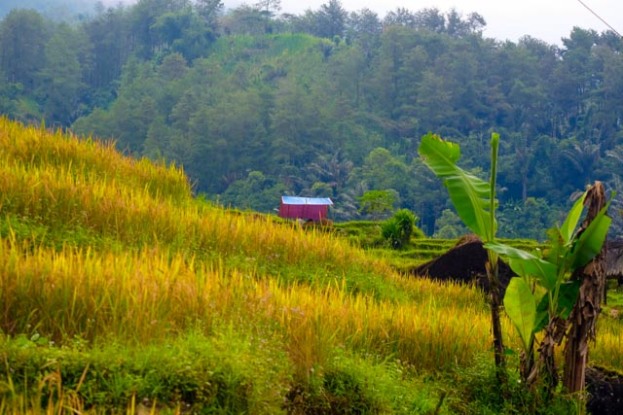 The Pekalongan government is trying to turn this area into a tourist destination. This means that if you love nature, go there before things get spoilt.

The main attraction, apart from the flora and fauna seems to be the Welo River where you can go river tubing. The concept sounds more attractive and fun than it actually is.

A group of us tried it and we were taken to a part of the river where we were to begin our journey. We were given helmets, arm pads and knee pads that looked like arm pads. We then got on rubber tubes and off we went shooting the rapids – for about 20 meters.

Then we had to disembark, get off and walk to the next stretch where we would get a 10 or 15 meter ride down the tube. It was a bit dangerous. We had to walk and jump from one section to another barefoot and the tubes are anything but stable so overturning in tricky sections were inevitable.

The organisers were all well meaning and caring but their idea of safety isn’t the highest by international standards so you could imagine if someone overturned and, in a panic, kept holding on to the tube. They would have been dragged by the strong current. Once when I overturned I hit my head against a rock. Luckily I had a helmet, and a hard head.

Still, it ended well and it was fun although I’d not recommend it for the less intrepid.

Other than that the best part of the trip was to wind down the car windows and enjoy the scenery as we passed by rice terraces cut into the hills, rivers swollen and angry from the recent rains.

The other attractions included watching the power of the river expressing itself as a raging waterfall at Curug Bajing (Squirrel’s Waterfall). 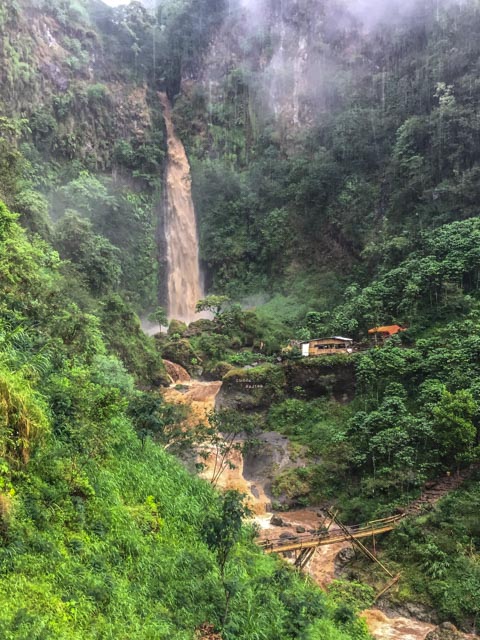 Leaving Petungkriyono you get to pass through small towns with their market days.