Here is a man who violates all form of political correctness, a racist, a misogynist, a racist, a pussy grabber….and the lost of deplorables goes on. As a result most people around the world, let alone Americans, woke up with the shit!-was-I-so-wasted-I-went-to-bed-with-THAT! expression the morning after the November 8 elections.

We blink, and hope that it was only a bad dream after all. But no such luck. Trump is now the President elect. We got screwed by Hideous and that’s a fact of life. 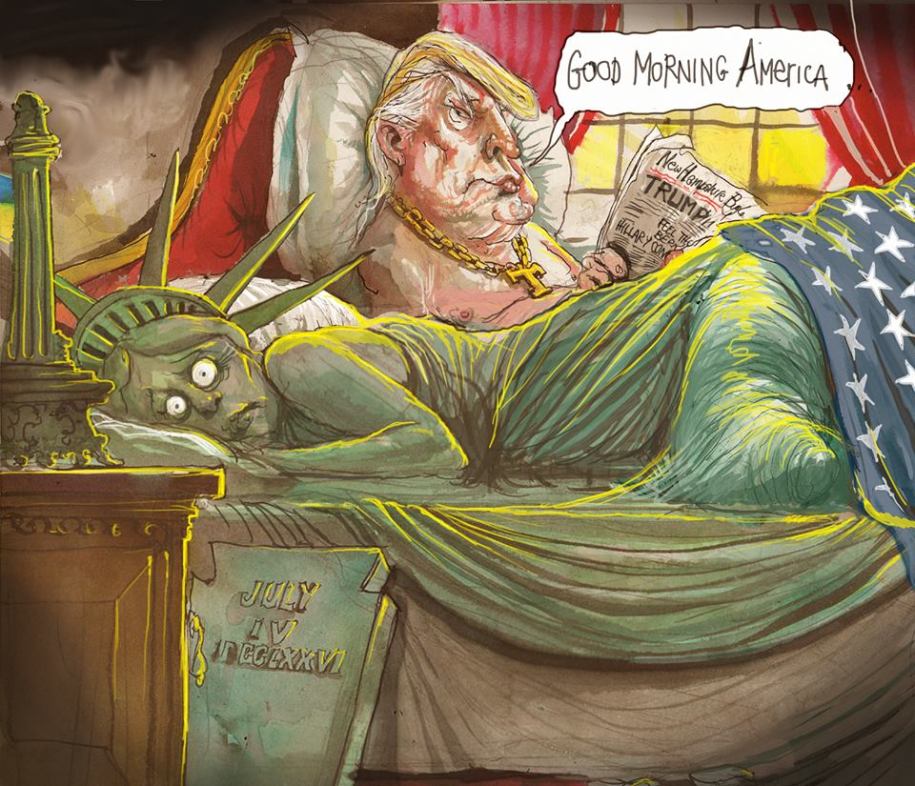 No point whining about it now, or be outraged by the electoral system or the type of people who voted him in.

There is a good reason why Trump won, and the sooner we all come to grips with it, the sooner we, the rest of the world (excluding the Brexit Brits, they too had already been screwed) would be able to avoid a similar fate.

Among everything Unspun has heard and read about this election and Brexit, I’ve found two articles to be particularly enlightening.

The first is an article by former Wall Street Journal reporter and co-founder of Muslim Reform Movement Asra Q. Nomani. She’s a Muslim, a woman, an immigrant and she voted Trump. Until now, she had been one of Trump’s silent supporters, because to declare her preference would have exposed her to all sorts of bullying by the more liberal members of America’s population. Today she wrote an article for the Washington Post here. You could disagree with a lot of the things she said but what fascinated me is that for her and people like her, the possibility of Trump being an agent for change in the US’s policy on bread-and-butter issues and on the Islamic State was so important it overwhelms all this weaknesses. She also sees Clinton as a member of the establishment that will not change anything substantially.

Read Asra’s article together with George Monbiot‘s article Neoliberalism – the ideology at the root of all our problems and an interesting picture develops. It is a long but thoughtful piece on how neoliberal we all – our governments, our businesses, our educated classes – have become without even realizing it.

So pervasive has neoliberalism become that we seldom even recognise it as an ideology. We appear to accept the proposition that this utopian, millenarian faith describes a neutral force; a kind of biological law, like Darwin’s theory of evolution. But the philosophy arose as a conscious attempt to reshape human life and shift the locus of power.

The bottom line of the article is that neoliberalism (no not the pejorative term in use today but the actual economic concept) has taken over most part of the world. As a result we have become a world in which the strongest (read: the cleverest, most educated and networked) thrive while the rest are not only left to languish but scolded for being unable to climb out of their gutter.

In this world, social and welfare safety nets have been dismantled, and – to simplify matters – the poor get poorer while the privileged jet around, attend Ted talks, do yoga, fashion themselves as entrepreneurs with their startups, networking sessions and get richer.

In any society you can’t have the relatively few eating richer cakes while the poor become more disenfranchised, find themselves deeper in depth and get angrier because even if they are willing to work hard and long there is simply no way out for them.

It is this anger that has propelled the need for change at any cost, and Trump and Brexit are the results.

Staring into that abyss, Capitalism changed from the raw Dickensian form of ruthless exploitation to a gentler and more caring form, and that eventually defeated Communism.

Today history may have come around to pitting the forces that ensued the success of Trump/Brexit against Neoliberalism. Can we change so that we embrace a liberalism that is more inclusive of all the segments in our society, so that the rich may have an opportunity to become richer, but only if they also help take care of the welfare and empower the less fortunate of sectors of society to become more prosperous as well. Call it Creating Shared Value if you would.

If we are able to take Trump’s victory as a wake up call for us to address the deficiencies of neoliberalism we may yet catch that tide. In this sense, Trump may be the best thing to happen to us all, lest we descend uncomprehendingly in a falling tide.

One thought on “Is Trump the best thing to happen to America, and the World?”