Today most Indonesians who pride themselves as progressive would have felt let down by the news that Ahok has been sentenced to 2 years jail for blasphemy. They view Ahok as innocent and a victim of bigots, Muslim hardliners and vested interests in politics. 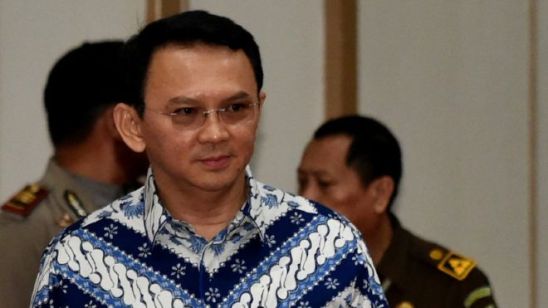 The important question to ask is firstly whether Ahok’s punishment fit the crime? Ahok has certainly been brash and maybe even abuse in his outbursts against those who are sometimes clueless of how government should work and try to appeal to him directly, he has also been contemptuous, this time perhaps rights, against those who want to take advantage of the system, be they  politicians or civil servants.

So if anything Ahok can be said to be guilty of being insensitive, callous and sarcastic, “crimes” that may earn him a reprimand but certainly not two years in jail.

But jail he must go, says the judge, and while Ahok’s lawyers are sure to appeal the decision, the question to raise now is what does his conviction portend.

Today’s decision is sure to embolden further to an already emboldened religious Muslim Right who will now not stop until they become the political ruling class. And why not. They smell blood in the air. Against legal norms they have managed to wrap the blasphemy charge against Ahok, seemingly against the implicit wishes of the President himself and the more liberal and dominant Muslim sector represented by the NU. They can virtually see the light at the end of the tunnel with Ahok’s conviction.

Today was also a good day for Prabowo who has his eyes on the next round of the presidential elections in 2019. At the present there is only Jokowi who is the only viable opponent for 2019. With Jokowi dithering and meditating on his own non-action in a very Javanese way, Prabowo is starting to look even better as presidential prospect in two years, what more with him cozying up to the leaders of the Islamic hard liners. Whether he can, like Lee Kuan Yew who rode the communists like a tiger to power and afterward subdued them, ride the Islamists to power and then subdue them remains to be seen.

The only thing that can forestall all of this coming to pass is Jokowi himself who apparently is locked in inaction because he does not want to be accused of being authoritarian and brutal as Suharto and who feels that he does not have enough control of the political parties and factions and the military to crack down on the Islamic hardliners.

Hence legal violations like inciting racial hatred, acts of vandalism during demonstrations and the FPI taking the law into their own hands goes unpunished, adding to the sense of impunity these thugs already feel.

Jokowi takes no hard decisions and instead he seems to be looking elsewhere but the right place for a solution. While Ahok’s verdict was being read, for instance, the President’s advisory council was meeting influential people to discuss how best to “socialize” Pancasila. Another meeting is being held tomorrow with another group of social leaders on the same subject.

This is all nonsense. The Pancasila may espouse the best values that a nation could want but unless the government is ready and willing to show that it is ready to stand up and defend these values, no amount of spin and socialization would have real lasting effect.

In this dark hour, the people of Indonesia want a decisive leader, a firm leader and a resolute one to lead them out of the present path leading to division, sectarianism and confusion. It is time that Jokowi discard that Javanese facade and act as a national leader, lest Prabowo be tempted to shoo him away like ants trying to get at his cakes.

Jokowi, do not forsake your people. They need you to be strong for them.

2 thoughts on “Where is Jokowi in our hour of need?”