This is what I wrote in the Maverick blog today

Did Jokowi say the P word as reported by CNN?

These are sensitive times. Since newly installed Jakarta Governor made his Protect Pribumis speech at his inauguration the P word has gained new political impetus.

One thing about the internet is that what is old can be made new again, with a new twist.

Responding to the widespread criticism against their leader, Anies Baswedan’s supporters trotted out CNN Indonesia’s report on 22 June saying that he was not the only Pribumi champion and the cue was actually set by Jokowi. 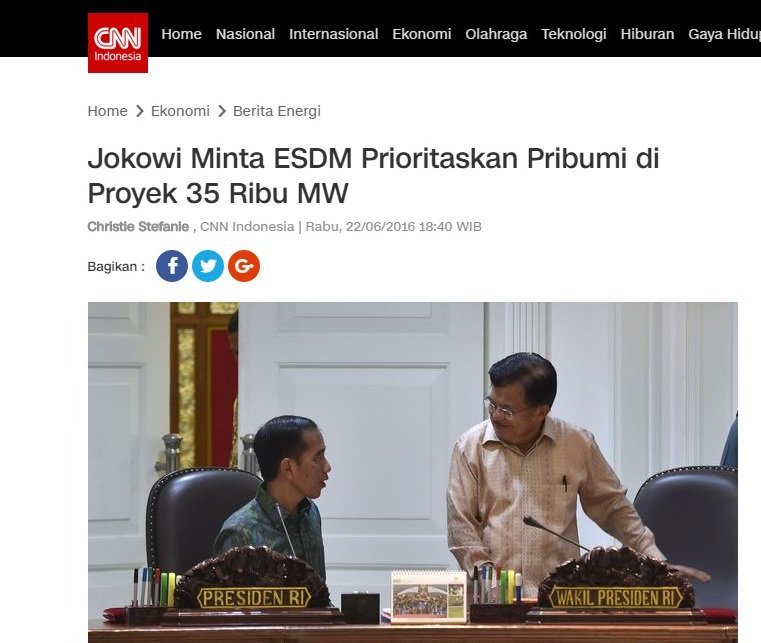 Going beyond the headline and reading the news, however, reveals that Jokowi did not say the P word.

What he actually said was read more here