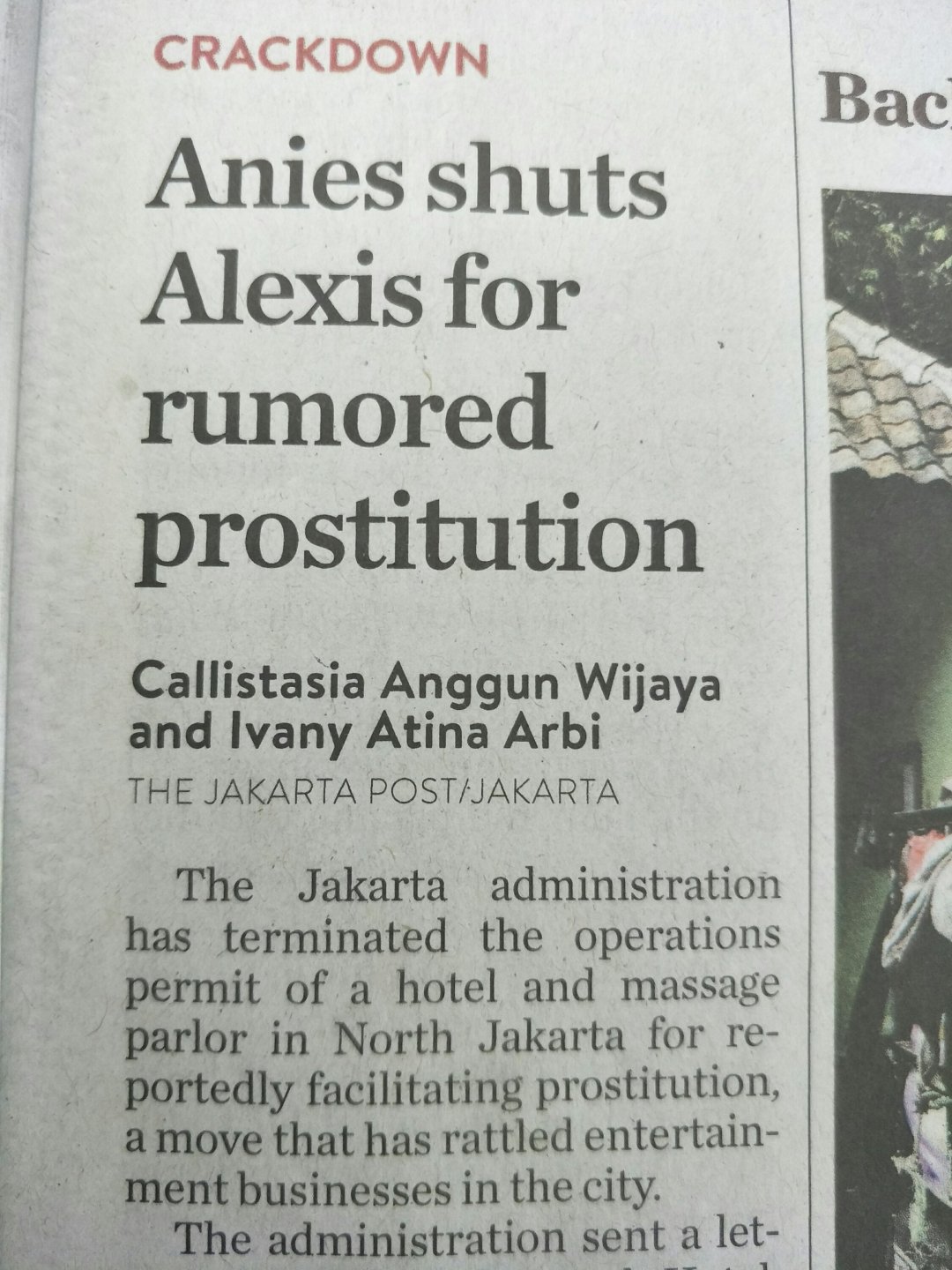 Alexis almost certainly has prostitution as one of its services and Jakarta Governor Anies Baswedan is right to close it down if morality is his kind of thing. 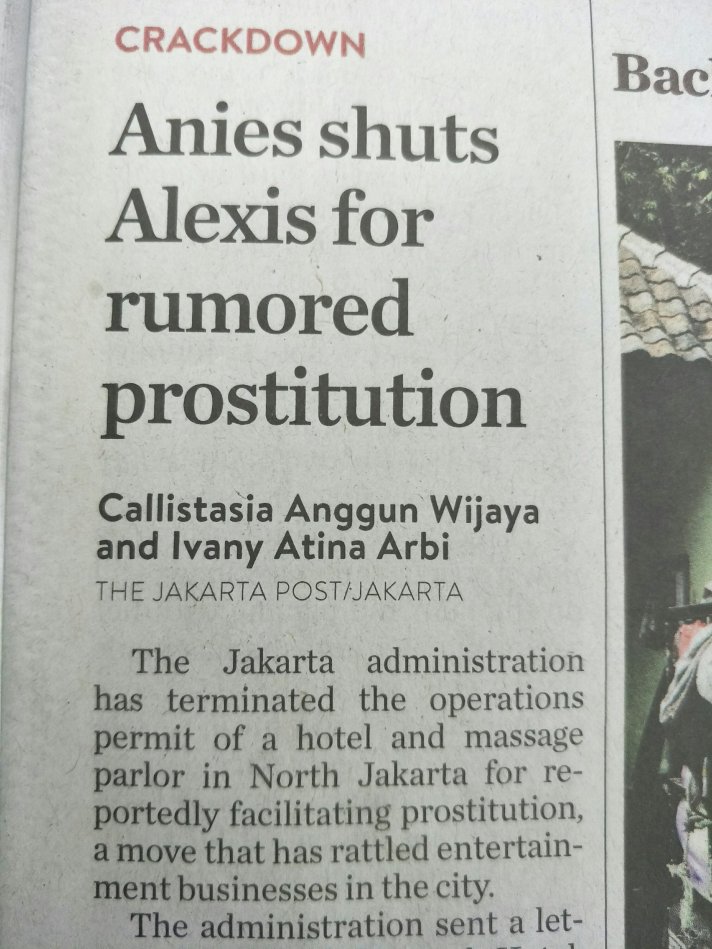 But shutting it down based on press reports rather than on hard evidence is worrying, as it sets a bad precedence of executive action based on suspicion.

What this means is that in future all the Jakarta government has to do is suspect that you are guilty of a violation to impose sanctions on you.

And the basis of their suspicion? Media reports.

While there are many responsible and professional journalists out there who would document and recheck their facts before going to print, there. are many more still who are slack, naive and easily manipulated or can be bought or intimidated.

This being the case, it is not difficult for anyone to engineer negative stories against any business or party. And given the depleted ranks of journalists because of falling ad revenues it is easy for even implausible stories to be copy pasted onto other publications, amplifying the negativity.

With Anies’ action to deny the renewal of Alexis based on mere press resports rather than, say, an investigation by City Hall officers or the Police, we have entered the dubious territory of Kangaroo Courts.

We’d better hop onto trying to right this wrong before we end up in Anies’s pocket.