Indonesian friends, your help is needed to ensure that this man, who is not unlike those who incite hatred in Indonesia, doesn’t use Indonesia as a refuge from the justice he deserves in Malaysia. 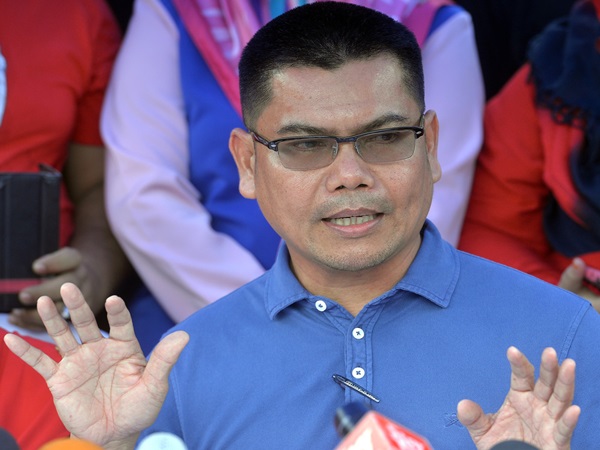 His name is Jamal Yunos and he used to be a division leader of Umno, the party that was under the control of now-ousted Prime Minister Najib Abdul Razak.

In his heyday, which has been the past few years up until Najib’s coalition lost the elections in May, Jamal has been terrorising Malaysian Chinese, Indians, Malays,  Christians and others who dared to disagree with Najib and Umno.

Here’s a video of his terrorising days, this one directed against Bersih supporters. Bersih was a movement by Malaysians to ensure elections. See the similarities of him an cohorts bullying others while police look on, even supporting.

Now that Najib has lost the election in Malaysia, Jamal is a wanted man in Malaysia. He escaped police custody and is now on the lam. He’s purported to have fled to Karimun in Indonesia.

Malaysian police are looking for him, Indonesian police say that they have not been served a request to arrest him and a businessman in Malaysia is offering RM10,000 (about Rp 35 million) for information leading to his arrest.

So if you see this scum, please take a photo or video of him and share on social media. Better better still get the attention of Kepong Member of Parliament (Twitter handle @limlipeng) and claim your reward.