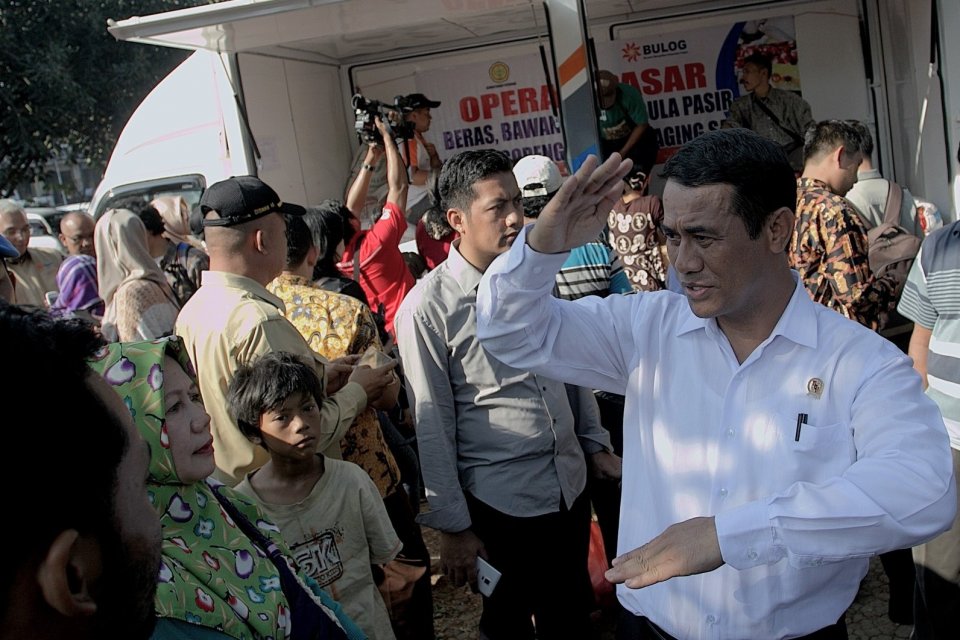 Will The Indonesian Government end up like the one in Hong Kong – reviled, untrusted and ineffectual?

Communications, or lack of, is digging the government into a bigger hole than it is in because of issues surrounding the amends to the KPK and criminal Code laws, Papua, forest fires and the president’s family.

The latest misfire came from Agriculture Minister Amran Sulaymaniyah commenting on the protests yesterday in which tens of thousands of students took to the streets in many cities through Indonesia to protest the amendments to the Criminal Code and other laws.

“Those who like to demo should become a minister,” he was quoted as saying by katadata.com. “Then they’ll know what its like to be a minister,; he said, adding “Enak Aja”, an Indonesian term that roughly translates into “you don’t know shit, so shut up.”

Obviously he hasn’t heard of the saying “heavy is the head that wears the crown.” Nobody forced him to become a minister, he accepted the job and is now bellyaching about how people don’t understand the difficulties of b ring a minister when confronting demonstrators?

Then there was Coordinating Minister for Legal, Political and Security Affairs Wiranto who told the press yesterday that the student protests were no longer relevant because the House of Representatives had heeded president Jokowi’s call to postpone the passage of the criminal Code and other controversial laws.

Again, this was a display of the lack of perhaps thee most vital skill in communications: listening. If he had listened to what the protesters had to say, he would have realized that what they were effectively saying was that they wanted amendments to these laws cancelled, not put aside like some unholy zombie to rise again when the public is distracted elsewhere.

Listening would also inform him that the subtext of the protesters is that they can no longer trust the  Legislative and Executive branches of government to do the right thing by them and the nation. The Legislature because they could originate amendments that seek to rob its citizens of the right to choose their own lifestyles, their freedom of speech and action. The Executive for being too weak to veto such atrocious amendments and then, belatedly, tried to band aid things with some Palau my about protecting the KPK’s rights, and a request to remove the article about insulting the President.

Furiously digging the same hole was the President’s Chief of Staff, who was who was quoted by CNN as saying that the student protesters should understand that the Executive and Legislature had decided to discuss further the legal amendments and that the President now had many important things such as Papu and forest forest to occupy his time.

If one were vulgar one would interpret his quote as effectively saying” We already threw you bone by postponing the  passage of the amendments, so fuck off and leave us alone. We have more important tasks than to cater to your sods.”

All this does not help.

Neither has the Legislature. The Leader of the House of Representatives Bambang Soesatyo was at his misogynistic best when during a meeting with the press in which a woman reporter asked several questions, he unctuously and patronisingly asked her “ada pertanyataan lagi, sayang?” This is equivalent in English to “any more questions, Honey?”

The reporter fell silent, probably from outrage. The men laughed and Bambang sought to make it up to her by saying “its OK because we are all family. I know you all….(illegible) you all young.” Think creepy uncle.

The public perception is that the legislature is definitely out of touch with the people’s aspirations. On top of that they are all entitled and voracious money grabbers who are uneducated, unsophisticated and unfettered by scruples and morals.

If the Executive is not careful and quickly acquire some communications skills and advice, it will be lumped in together with the Legislature. Then it will be too late. It will be like the Hong Kong Government  being tone deaf and committing a series of mistakes and inflaming the Hong Kongers to the extent that confrontation rather than accommodation becomes the norm.

And when things got really bad, the Hong Kong Government finally realized that it needs to communicate better. It invited several international Public Relations firms to help it communicate better but it was too late. Not a single PR firm took up its offer to pitch for the business.

As things stand it is still not too late for the Jokowi Government. The President still has a lot of social capital from his past performance but that is depleting fast at this rate unless he does something about his cabinet’s communications. He needs to seek professional help soon or end up looking like Hong Kong’s Carrie Lam – reviled, untrusted and ineffectual.