There is something very strange about this story.

In at least one they found rocks and petrol. They suspected that the ambulances were being used to supply rocks for throwing at police and fireworks, said Kumparan. Other news outlets said there was also petrol for making Molotov cocktails.

The ambulances were impounded and police released a video of the interception on their twitter feed.

In the video, a policeman was heard saying that they were carrying rocks and fireworks. 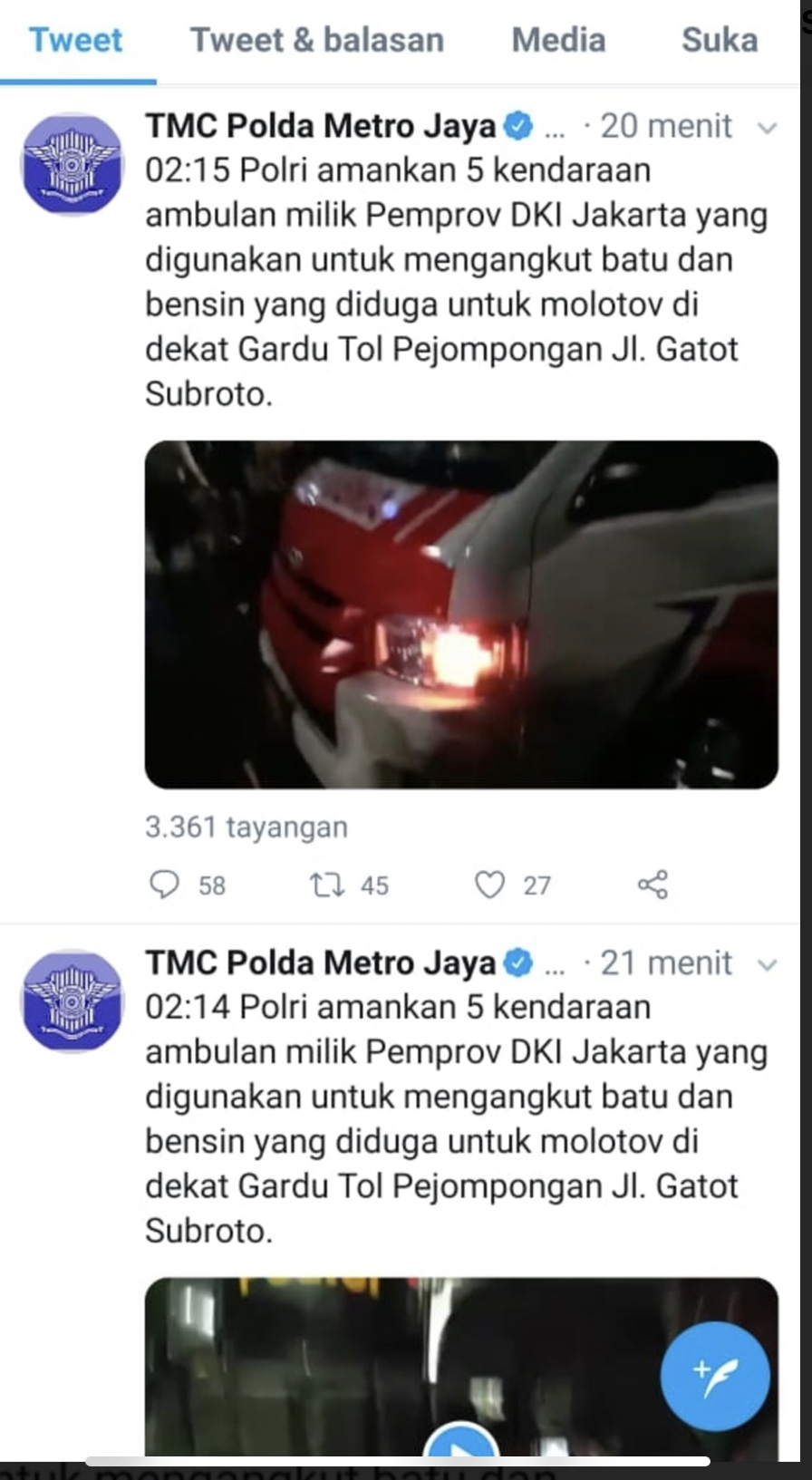 Later today Polda Metro Jaya spokesman Argo Yuwono said that there was a misunderstanding. The ambulance (or ambulances – it is not clear) were not, as the Police initially suspected, ferrying rocks and Fireworks to rioters. 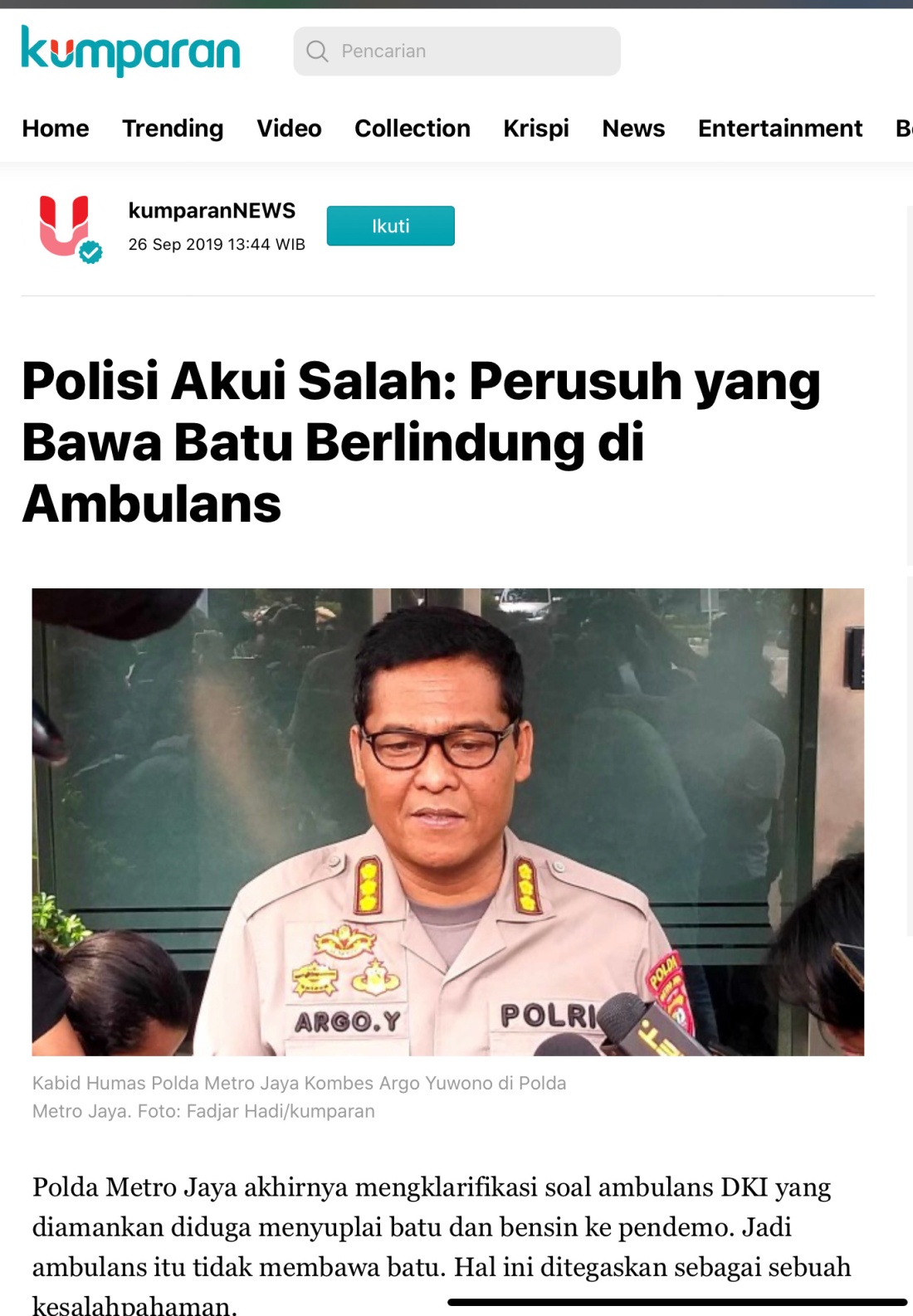 There was a misunderstanding, he said. He went on to clarify that the rocks and Fireworks got into one of the ambulances because a rioter had been cornered by police and he sought to hide in the ambulance that happened to be nearby.

Ergo, it was a random act by a single rioter.

1. How did the rioter get into the ambulance int he first place?

2. Rocks, especially when packed in a a cardboard box (seed for Aqua bottled) must be heavy. He was so strong he could run to evade the police and jump into the ambulance?

3. Ambulances have drivers and attendants. Were they oblivious to a super-strong rioter loaded with rocks and fireworks jumping onto the back of their ambulance?