The hipster market at Pasar Santa has always seemed a bit suspect to Unspun.

When hipster “entrepreneurs” started setting up shops at the upper floor of the badly constructed building, Unspun, made the pilgrimage to have a look at what the fuss was about. 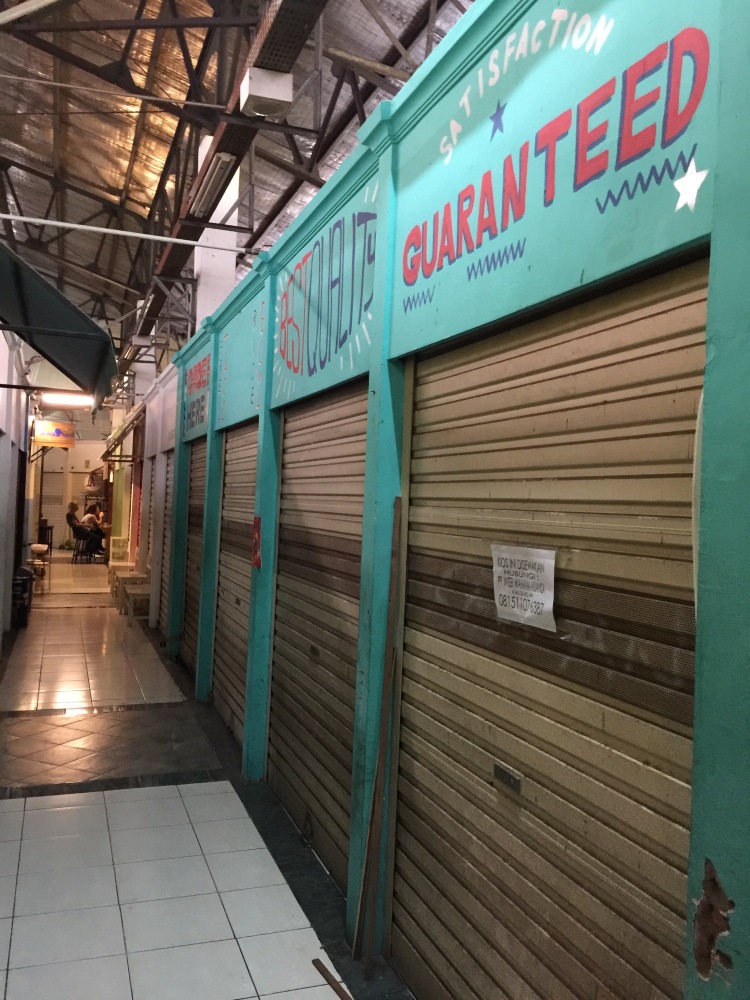 What Unspun found there were a seemingly vibrant atmosphere. Seeming because there were the trappings of youthful energy, creativity and entrepreneurship – a very sexy word these days – mushrooming around the top floor of the largely underused market. There were artisanal coffee shops, ice cream shops all sorts of food that was chic such as black dogs – charcoal infused bread with the usual wiener – retro record shops, handcrafted shoes, T shirts and whatevers.

You’d be forgiven if you thought you were witnessing nothing less than a Renaissance of Indonesian creativity and entrepreneurship was taking place.

But if you looked at the spectacle beyond its surface value you see cracks already showing. The layout of the top floor and the shops was ridiculous for a business to do well. The general area was so hot and cramped that hanging out there or browsing through the shops required great willpower to convince yourself that it is a joyful and serendipitous exercise rather than one of masochism. It wasn’t cool, it was just hot.

The shoplots were also so small that most shopkeepers, especially if they were serving sit down food, could generate the volume to cover their costs.

Then there are the hipster entrepreneurs. How many of them, you wonder were fueling their misadventure with parents’ money or pooled money from unsuspecting friends. Noting wrong about that per se but if you don’t have a business plan then something’s bound to collapse soon. 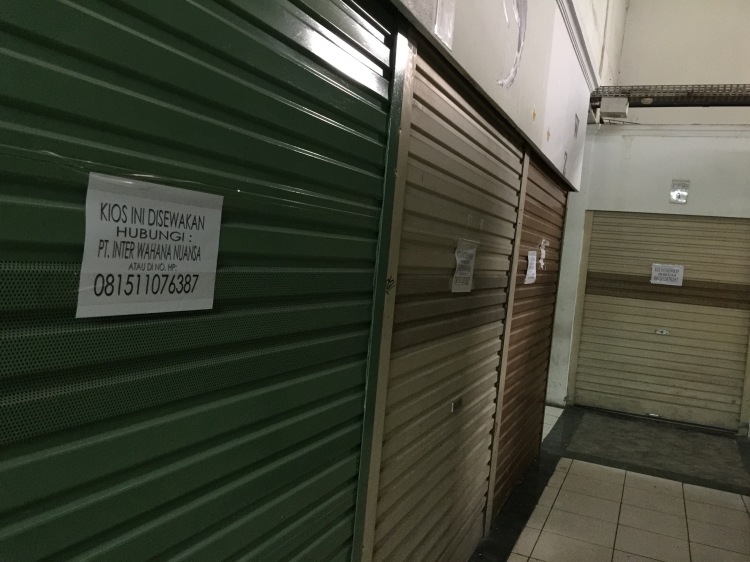 And how many of them had factored in the sacrifices and plain hard work needed if they wanted their business to succeed? Looking at the fresh and moisturized faces of the entrepreuners Unspun’s guess was not many.

Yet like rats attracted inexorably by the music of the Piper these young hipsters all converged onto Pasar Santa to show off their entrepreneurial flair.

That was about a year ago. The picture is not so upbeat today.

Unspun went to Pasar Santa over the weekend to visit Zack and Nila’s Drive Books Not Cars activity and what he encountered was a Pasar Santa with about two thirds of the shops closed – either because the owners couldn’t be bothered to show up for their customers as they were busy for the long weekend, or because the owners had given up the fight and started hanging “For Rent” signs in front of their shoplots.

Is this another step in the decline of Pasar Santa? Or anothe indictment of the whimsicality of the Jakarta Hipster? Or a testimony of a bigger picture where the youth of today want immediate success but are not willing to work hard at it and make the sacrifices needed to ensure success?

An eternal student of persuasion, communication and crisis management skills, with a propensity to unspin spins View more posts

14 thoughts on “Bye Bye to the Hipster Pasar Santa?”