After a week of silence since news broke on the child molestation case, JIS finally broke the silence and called a press conference.

At the press conference, the school’s headmaster Tim Carr covered at least 2 of the 3Rs of crisis communications: Regret (“We want the family to know that we are with them and that we feel their pain. We are so sorry that this child was harmed,”), Remedy: (working with KPAI and the Police and reviewing their security arrangements). 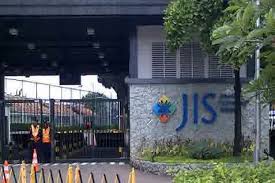 He was silent on the Reason of how such an event could have been allowed to occur though, selecting instead to explain why they have not been seen to have been evasive. He rightly blamed it on their tardiness to communicate: “JIS believes it could have handled communication with the community better than it has, and for that, we apologize to the surrounding community and the parents.”

That is a bit short of the Reason but the admission of fallibility, contrition and a plan to move forward seems to be enough for the journalists. A quick check on the Twitter feed this morning also suggests that that press conference  might have taken much of the sting out of the situation for JIS.

The delivery was not flawless but it was pretty good given the condition they were in. The question now is whether that press conference is good enough to help JIS regain control of the situation, or was it too little too late. Time will tell as the saga is not yet over by a long shot, although JIS may be on the road to recovery.

Some of the information coming out from Unspun’s sources seem to indicate that it wasn’t all JIS’s fault. Apparently JIS had appointed a PR firm early, just after news broke on the incident, but something went wrong and a new PR firm was appointed only on Saturday when they apparently also hired a lawyer. Hence JIS missed a whole week before it communicated to the public. A week is a very long time in crisis-like situations where impressions set quickly and early. JIS missed that early window to project an image of openness, empathy and having a plan to lead the school and its community out of the situation.

JIS now has to face the closure of its Kindergarten operations, scrutiny of the work permits of its staff and a lawsuit by the parents of the child (although little could have mitigated the parent’s decision once they decided to go public on the matter).

JIS, nonetheless, should be congratulated for seeking professional help, in terms of legal and communications matters. It is at least now in a better position to begin the long, hard trek toward restoring some of its reputation and goodwill.

The lesson that other insitutions and organisations should take away from this incident is that we all are vulnerable to crisis-like situations and should take steps to prepare for it. How they can prepare for such eventualities is through what we in the trade call Crisis Management Training that teaches executives of a company or institution on how to cope with the stress, time compression, confusion and uncertainties of a crisis like situation.

Such training also  teaches them how to manage their operational and communications responses in tandem so that they do not sow confusion and suspicion to the public. From what has been said so far it appears that JIS was good in its operational response – meeting the parents before hand, offering help for the care of the boy, working with the police etc – but neglected its communications response. So when the news broke they were caught flat-footed, got caught up in the confusion and began to look evasive.

A subset of crisis Management is Crisis Communications where spokespersons of the institution or company are trained on what to say and how to say it during crisis situations. Such training would include fielding difficult, accusatory questions that are common in such situations.

But will companies and institutions at least learn not to take the likelihood of encountering a crisis-like situation – and along with it crisis management and crisis communications skills – for granted and do something about it?

And here’s a the story of the press conference in Jakarta Post:

A week after the rape of a kindergarten pupil at Jakarta International School (JIS) by cleaning workers became public knowledge, representatives from JIS apologized on Monday.

JIS head Tim Carr, accompanied by a translator and JIS spokesperson Daniarti Wusono, extended an apology to the family of the victim and members of the community at a press conference at the Sultan Hotel in Central Jakarta.

“We want the family to know that we are with them and that we feel their pain. We are so sorry that this child was harmed,” Carr said.

During the press conference, Carr insisted that despite the evasive image that the school projected in response to the case, JIS was fully cooperating with the police investigation and the government.

JIS also denied allegations there were more cases of abuse at the school. Carr apologized for how the school had communicated with the parents and public in the case.

“JIS believes it could have handled communication with the community better than it has, and for that, we apologize to the surrounding community and the parents,” he said.

Carr considered everybody at the school accountable for this incident but insisted that no teachers would be held responsible.

When asked about accusations of crime scene tampering made by the victim’s family lawyer, OC Kaligis, on Sunday, Carr said renovations to the restrooms had been done on police recommendations.

“We showed the police the crime scene and we asked them for advice about altering its physical environment so we could enhance security there. We do not believe it has been altered in a way that could hinder the investigation,” Carr said.

He denied claims that the victim’s family was instructed by JIS to not speak to the media.

“They made their own decisions [in speaking to the media]. We will respect the privacy and human rights of the child, despite what the family chooses to do,” he said.

His words also contradicted the victim’s mother’s recent public statements stating that JIS had never contacted the family directly about the issue, or in person.

“We contacted the parents by telephone on March 21 and I personally met with the victim’s father the next day, discussing how the school could support the victim medically and emotionally,” he said. He added that the father had requested the incident details to be confidential.

The school plans to launch its own independent investigation, which includes reevaluating its security practices, with help from the US, Australian and UK embassies.

One thought on “Lessons from JIS’s late communications”