Something important is lost in the rancour against KPAI (The Commission for the Protection of Children) for calling out PB Djarum’s (Djarum Badminton Association) badminton auditions.

KPAI, as we know has accused the cigarette maker Djarum of using its foundation, PB Djarum (Djarum Badminton Association) to exploit children.

To be sure, KPAI has chosen its accusation poorly, using the word manipulate instead of exploitation or a more neutral used. It has caused a groundswell of opinion and invective against its stand, drowning out the one important issue that should be addressed: how should corporations discharge their Corporate Social Responsibility?

If KPAI had been more measured it could have advanced a more persuasive argument against Djarum because it does have a point. Djarum is indeed using PB Djarum to give it visibility in the youth segment where the Djarum tobacco brand has been forbidden to enter.

PB Djarum has undoubtedly contributed immensely to Indonesia’s domination of badminton worldwide/ But setting up a foundation or creating an event that is seemingly divorced from the parent brand’s activities, yet giving the brand a high visibility is one of the oldest tricks in the book of corporate communications.

Why else, you might ask, would the foundation still carry the logo and brand name of the parent brand? In this instance, you cannot look at the PB Djarum logo

Without being reminded of the tobacco company’s parent brand.

Why can’t Djarum (and other Indonesian companies). for instance, adopt the route taken by the Bill and Melinda Gates Foundation that is in part funded by Microsoft Stock dividends. The Foundation’s logo.

And why, among all the gin joints and causes, does Djarum have to alight on a cause to do with the target demographic for continuing tobacco sales? Why can’t it, instead, channel its vast resources in, say, helping improve the lot of tobacco farming families?

Study the marketing campaigns and events of other Tobacco companies and you will see the same cynical insertion of their branding elements.

On the other hand, the Bill and Melinda Gates Foundation can never be accused

Can never be accused as a vehicle for Microsoft. 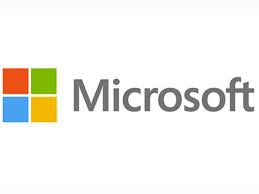 The problem in Indonesia, I think, is that most corporations have not thought through the role of business in helping the nation develop economically and socially.

What is their role? How should they go about it? In which causes or issues? And will they have credibility and trust if they proceed.

Many corporations Here grasp at the most convenient concept around: Corporate Social Responsibility.

It’s a concept that sounds nice but is dated and ineffective, especially during these times when trust in business is at an all-time low.

Harvard Business Professor Michael Porter have argued convincingly that CSR doesn’t quite work because it does not reconcile a business’ imperative to make profits with the need to contribute to economic or social development in the Harvard Business Review on Creating Shared Value. Here is a video of Michael Porter speaking on CSV to business leaders

To me CSV makes more sense. It posits the notion that businesses are aware that unless the communities with which they work with prosper, neither can they. As such, the corporations – because of the resources at their disposal – should take the lead in helping these communities generate economic or social value in their activities. By doing this they are effectively creating shared values.

This will help them to rebuild the trust that Business Has been losing ground on. An with this trust comes greater social capital with which they can achieve more and perform better. It’s a virtuous circle.

The KPAI-PB Djarum issue has given us a chance to reexamine and review the role of business in society, especially the businesses in controversial industries such as tobacco, alcohol, large-scale agriculture and mining. because of their huge revenues they are under scrutiny by many activists, NGOs, social organizations and regulators.

Business has a great opportunity to do it right and embrace CSV, or they can continue to dwell in their comfort zones and keep plugging away at CSR – and then wonder why, after all the money and effort they have altruistically committed to an activity, people still distrust them.

3 thoughts on “KPAI isn’t all wrong about PB Djarum”